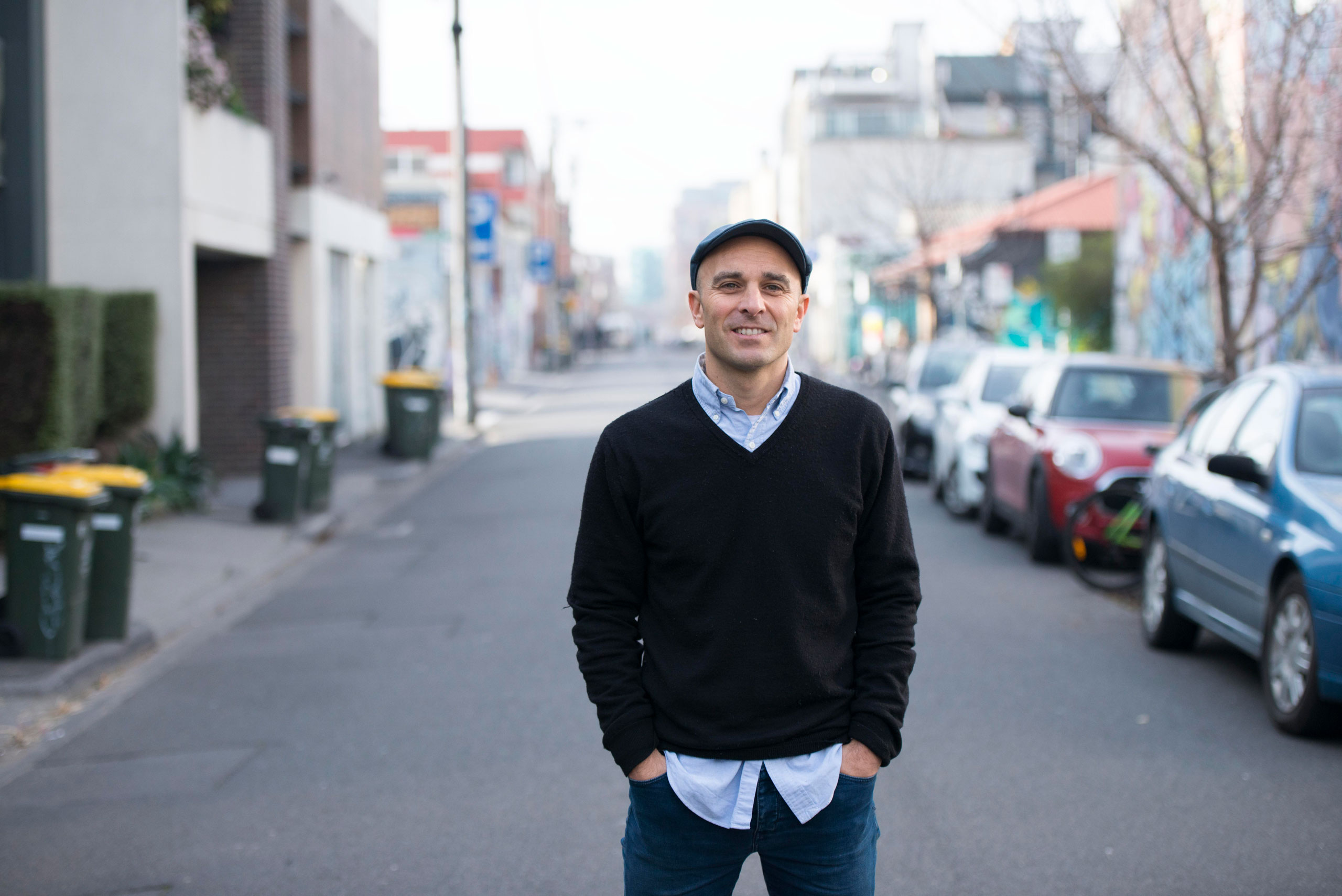 Adam Ferrante is the founder and current director of The Rose St. Artists’ Market. As a Fitzroy resident, parent and business owner, road safety in the neighbourhood is incredibly important for Adam.

An honorary custodian of the neighbourhood, Adam grew up on Rose Street with his parents, a stone’s throw from the current Rose Street Market site where his dad ran a studio. Today, he and his family live only a minute away from the market on a wide two-way street off Brunswick Street.

Adam sees the impact of car speed, saying that it’s a major problem.

“We live in an age where you don’t feel comfortable about leaving your children in the street to play. It’s a really strong reminder for me about my childhood, when my parents would let me walk the streets of Fitzroy.”

For Adam, the 30km/h campaign doesn’t just resonate in his life as a long-time resident, but also at work.

“Rose Street is almost like a pedestrian thoroughfare on a weekend so it’s definitely something that we’ve been pushing for a long time,” Adam said.

The Artists’ Market has been an attraction for more than 15 years providing a space for local creatives to display, share and sell their work.

The markets were inspired by Adam’s time in New York and the artists’ spaces and initiatives in the City. In 2003, Adam launched the local markets in his dad’s Rose Street property.

“I had this idea that we could turn it into an artist initiative very similar to that one in New York, and I got a whole lot of artists’ spaces together and we used it to put works out there to the general public on a Saturday. It sort of really just grew from that.”

Over the years road safety has been a real dilemma for Adam with more and more people visiting the neighbourhood.

“With Industry Beans, The Grace, The Fitzroy Mills, Rose St. and The Rose St. Pantry now, and all the new high-rise development, it’s a catchment of a lot of people making that journey to Brunswick Street or Nicholson Street. Road safety is paramount for us.”

Adam says that although the local area has changed a lot since he was a kid, there are a lot of things to love about Fitzroy. That’s why he wants to make sure that the local community and visitors are safe to explore the area.

“Scratching the surface, and the vibrancy underneath. For me that’s what I enjoy about living in Fitzroy.”

“I love the creativity of it, the community fabric and that real sense of culture and creative thinking that goes with it.”

Adam says that the 30km/h campaign will change the way locals and visitors commute through, to and from the trial area everyday.

“If people know about this change and that there is going to be something positive that comes out of it, I think that people will totally embrace it.”

“There would be a huge impact. It would make the roads safer.”